VB.NET is an update to Visual Basic that targets Microsofts .NET Framework. VB.NET has a lot of similarities to Visual Basic but also some differences. VB.NET is an object-oriented language, which supports the abstraction, encapsulation, inheritance, and polymorphism features. It is the most productive tool for rapidly creating a wide range of Windows, Web, Mobile, and Office applications built on the .NET Framework. The Visual Basic language is designed to be human-readable and accessible to everyone from novice programmers to advanced system architects. All of this is built on top of the .NET Framework, which guarantees that programs written in Visual Basic run with unsurpassed scalability and reliability. The .NET Framework provides VB.Net programmers with the ability to create fully object-oriented programs (OOPs), just like the ones created using Java, C# or C++. Also, programs written in VB.Net will interoperate seamlessly with programs written in any other .NET languages such as Visual C#, Visual J#, or Visual C++. Many programmers say VB. Nets ease of use as the key to its success. Using VB.NET, you can create a wide variety of applications, such as a Console Applications, that displays its output in an MS-DOS-like window, Windows Applications that often displays a form-based interface, Web Applications, Web Services, Mobile Applications, etc. I hope this site will help you to acquire the skills and knowledge necessary to develop various types of applications in VB.NET in a simplified manner rather than in a complex way. 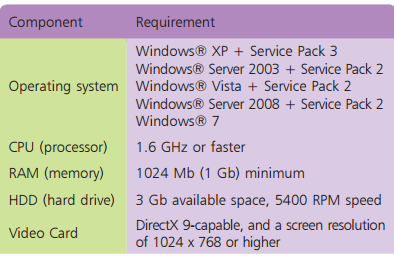 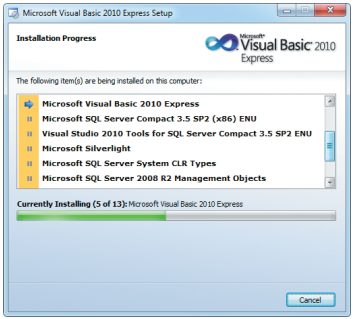 -The RichTextBox Control In Visual Basic.NET 2008

-The PrintDocument Control In Visual Basic.NET 2008

-The FolderBrowserDialog Control In Visual Basic.NET

-Objects Versus Object Variables In VB.NET 2008

-The structure of the Basic programming language is very simple, particularly as to the executable code. -VB is not only a language but primarily an integrated, interactive development environment (“IDE“). -The VB-IDE has been highly optimized to support rapid application development (“RAD”). It is particularly easy to develop graphical user interfaces and to connect them to handler functions provided by the application. -The graphical user interface of the VB-IDE provides intuitively appealing views for the management of the program structure in the large and the various types of entities (classes, modules, procedures, forms, …). -VB provides a comprehensive interactive and context-sensitive online help system. -When editing program texts the “IntelliSense” technology informs you in a little popup window about the types of constructs that may be entered at the current cursor location. -VB is a component integration language which is attuned to Microsoft’s Component Object Model (“COM”). -COM components can be written in different languages and then integrated using VB. -Interfaces of COM components can be easily called remotely via Distributed COM (“DCOM”), which makes it easy to construct distributed applications. -COM components can be embedded in / linked to your application’s user interface and also in/to stored documents (Object Linking and Embedding “OLE”, “Compound Documents”). -There is a wealth of readily available COM components for many different purposes. -Visual Basic is built around the .NET environment used by all Microsoft Visual languages, so there is very little that can’t be done in Visual Basic that can be done in other languages (such as C#).

-Visual Basic is a proprietary programming language written by Microsoft, so programs written in Visual basic cannot, easily, be transferred to other operating systems.

-There are some, fairly minor disadvantages compared with C. C has a better declaration of arrays – it's possible to initialize an array of structures in C at declaration time; this is impossible in VB.