What is Exception Handling in java

Exception is an error event that can happen during the execution of a program and disrupts its normal flow. Java provides a robust and object oriented way to handle exception scenarios, known as Java Exception Handling.

What is an error in Java?

What is exception hierarchy in Java?

What is the base class for all exception?

Why use Exception Handling

For Example: when you divide any number by zero then system generate / by zero so this is not understandable by user so you can convert this message into user friendly error message like Don't enter zero for denominator. 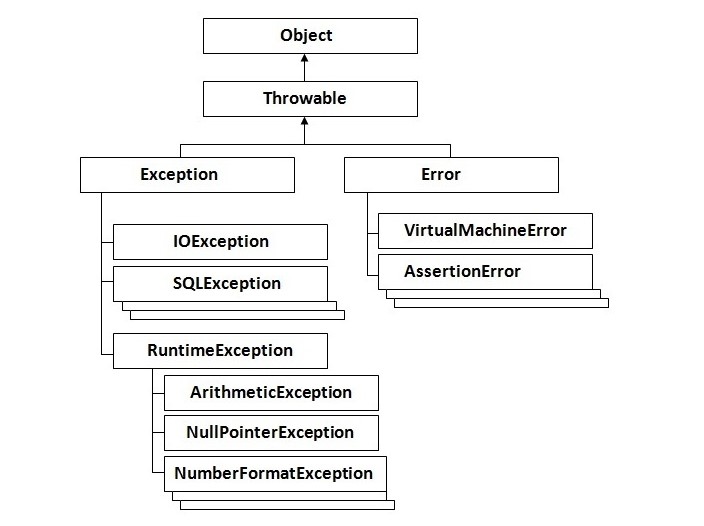 There are 5 keywords used in java exception handling.

Syntax for handling the exception