What is Binary Load?

The binary statement is used for loading the data from another QlikView document, including section access data.

-It does not load the layout information or variables. -Only one binary statement is allowed in the script. -It can only be put as the first statement of a script.

Implement this binary load to a new QlikView document.

Create a new QlikView document and save it as “Fraud.qvw”

You can see that a new script statement is added at the top of the active script tab, which is “Binary sales.qvw” 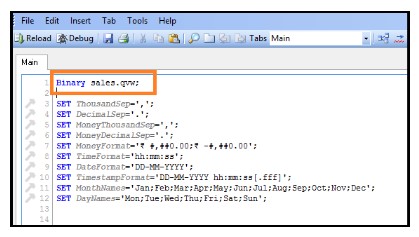 Add both fraud tables to the data model as we normally do. After reloading the script, the data model will be seen in a new QlikView document along with 2 additional Fraud tables. Following is the snapshot of the table viewer: 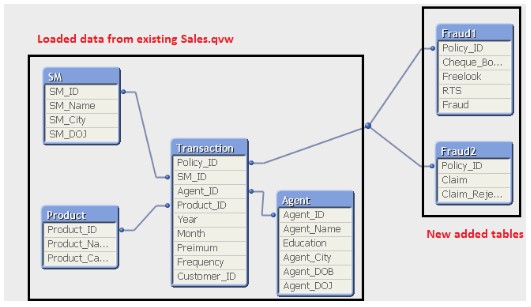 Incremental Load in QlikView with Example

Different types of Loads in QlikView