Although the traditional Teradata standalone utilities offer load and extract functions, these utilities are limited to a serial environment.

The below figure illustrates the parallel environment of Teradata PT. 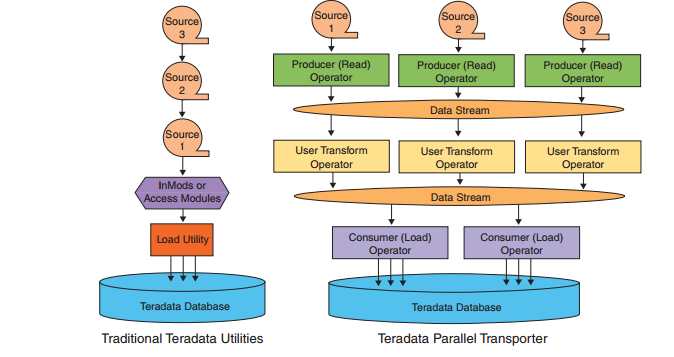 Teradata PT uses data streams that act as a pipeline between operators. With data streams, data basically flows from one operator to another. Teradata PT supports the following types of environments:

Teradata Parallel Transporter was designed for increased functionality and customer ease of use for faster, easier, and deeper integration. The capabilities include:

The most important feature of TPT is its Scalability and Parallelism behaviour.

Below are some of the features of Parallel Transporter that can be used to increase load throughput: