The following are the critical Teradata Components

AMP is vproc. vproc is nothing But a collection of instructions, which performs a specific operation(or)Task 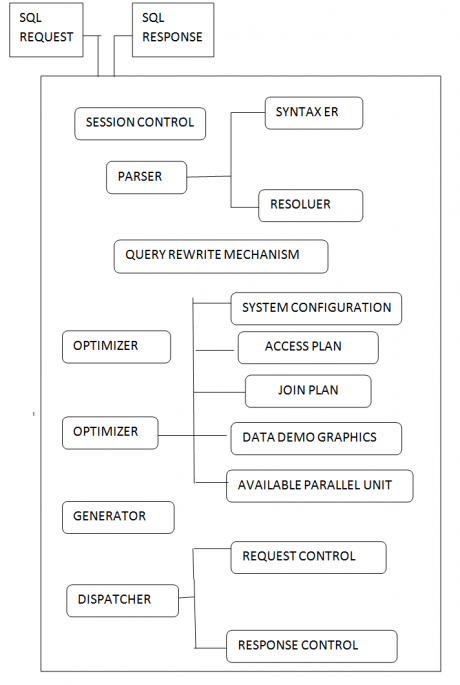 It writes the Query such away optimizer can understand easily

IF The Query is Q7, it converts into Q2

It is an important component in any database including Teradata It provides an execution plan for SQL Statement so that it is going to be executed by the database Generally it usages the below information.

It generated steps for the plan provided

It performs and manager request and response, flow control(Taking Request, Response keeping in Queue  in delivery)

It acts as a” Message communication layer” between various components.

POINT - POINT-One message from PE To one AMP

MULTI CAST-One message from PE to Many AMPs

BROAD CAST- One message from PE to All AMPs

POINT- POINT-One message from One NODE to other NODE

MULTI CAST-One message from One NODE to Many NODE

BROAD CAST- One message from One NODE to All NODE

1. Each AMP is responsible for managing a portion of MAIN DISK SPACE (VIRTUAL DISK)

2. This space not sharable by any other AMPs so we call architecture as shared-nothing architecture.

4. Each AMP contains a database management subsystem. If perform the below operations.

Max so task AMP TO perform at a time

b) Adjusting system AMPS integral number of drives per AMP

a) AMPs don’t know the physical location of the cylinder and it can be changed, because of the cylinder in CLIQUE’s On effective in the pool, that are managed by Teradata virtual storage, virtual process.

b) Added drives are shared by all AMP’s

c) You can add several drives, This new Drive may have different capacity are performance than those drives, which are already present in the system 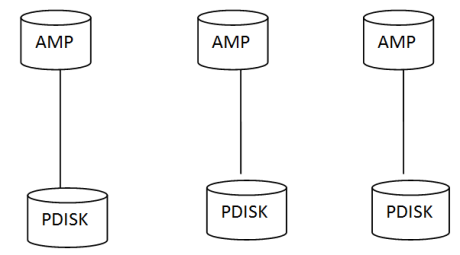 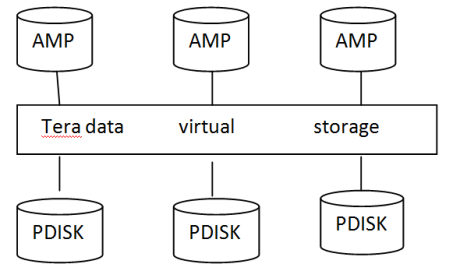 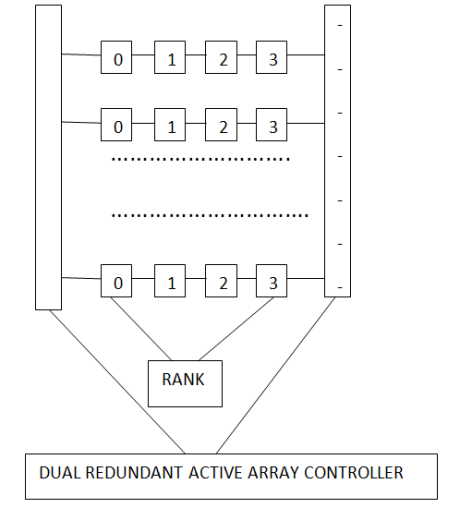 Collection of physical DISK (OR) Group of cylinder Arranged in Array position is called VDISK(or) virtual DISK Traditionally this called as DISK Array (or) Array of DISK After AMP performance operation, it invokes the controller this store and manages the data across physical disk This controller active array controller, the number of cylinders in an Array is called a RANK in the above Diagram the Rank is 3.(N-1)=4-1=3 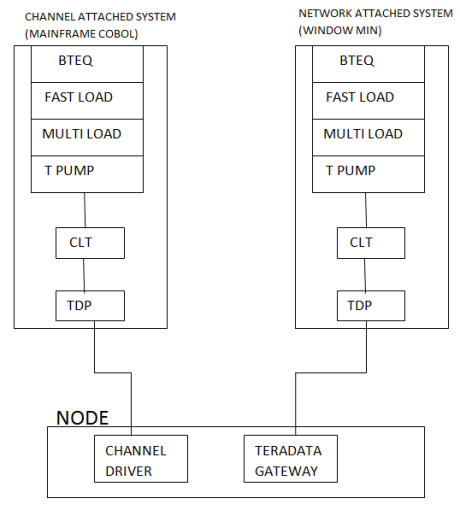 It is a low-level interface for request, response Blocking, and un- Blocking.

It checks the platform Independence of the operating system.