Python has been my go-to language through the years for everything from class projects in college to tiny scripts to help me automate recurring tasks. It's one of few languages out there that is both easy to get started with for beginners yet incredibly powerful when beginners graduate to working on real-world projects.

To edit Python programs, you have a number of options. Some people still prefer a basic text editor, like Emacs, Vim, or Gedit, all of which can be extended with features like syntax highlighting and autocomplete. But a lot of power users working on large projects with complex code bases prefer an integrated development environment (IDE) to the text editor plus terminal combination. The line between an advanced text editor and a slim IDE isn't always clear, and we'll leave it up to you to decide exactly which features you require for your development needs.

PyCharm is a Python-specific IDE built on JetBrains' platform. There are free editions for students and open-source projects.

Wing IDE is a paid development environment with integrated debugging and code completion.

PyDev is a Python IDE plugin for Eclipse.

In the past couple of years, several cloud-based development environments have popped up. These can work great for when you're learning or stuck on a machine with only a browser but no way to install your own software. Most of these have free tiers for getting started and paid tiers as you scale up your application.

Inclined to build a profession as Python Developer? Then here is the blog post on, explore Python Training

How to Connect to MySQL Using Python?

Python is easy to learn and use. The use of Python for web development is gradually but surely increasing as suggested by Google Trends. 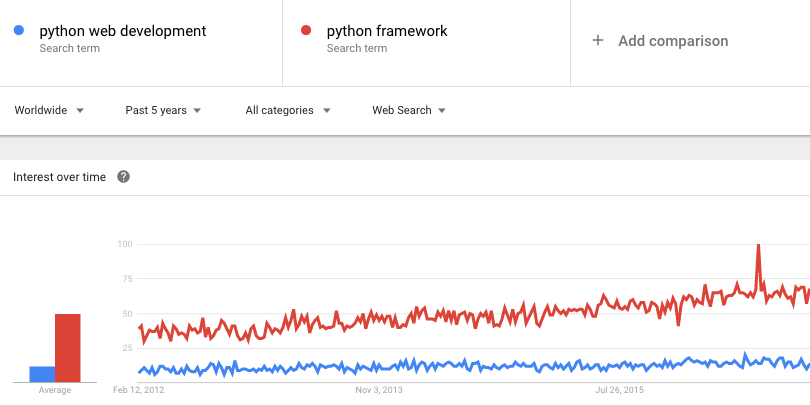 MySQLdb: a thread-compatible interface to MySQL

In this article, we will use PyMySQL to connect MySQL using Python. The benefits of using PyMySQL will be discussed later in the article once we learn how to use it.

On Linux or macOS: pip install -U pip setup tools

How to create a MySQL table in Python?

Create a database using MySQL Workbench, phpMyAdmin or any other tool you prefer. We will create python_tekslate database for our use.

Here, pymysql.cursor imports object to interact with the MySQL database.

To connect to our database,

Note: You may need to modify the above code (user, password, db etc.) to work.

For now, we will simply create a user table with a column name.

Here, we created a sql variable to put SQL query. Then, the query is executed.

Then the connection is committed to take effect.

Here is the complete code to create a new table in our database:

Here are a few more examples:

Suppose, the user table has two rows of data Bill and Jack. Then, you will get the following output:

Now, you can easily manipulate the result however you wish. If the table is empty, None object is returned. Here, we have used Python try…finally statement for safety. If there is a problem with executing our code, the connection is closed. Also, the cursor (created by the connection.cursor()) is closed when there is a problem with the cursor. We have used with statement to accomplish this task.

Here, Bill is inserted to the name column of users table.

Note: You need to commit the connection manually while inserting data.

Not only pyMySQL allows you to connect to the database, it can be used to create the database as well.

We created a new database node in the above code. If the database already exists, it will remain unchanged.

Also, I would suggest you learn Pythonâ€™s SQLAlchemy. Itâ€™s an open-source toolkit and ORM (Open-Relational-Mapper) for Python programming. You can avoid writing error-prone raw SQL statements that are hard to maintain.

For an In-depth knowledge on Python, click on below