Unix System Architecture And Its Explanation 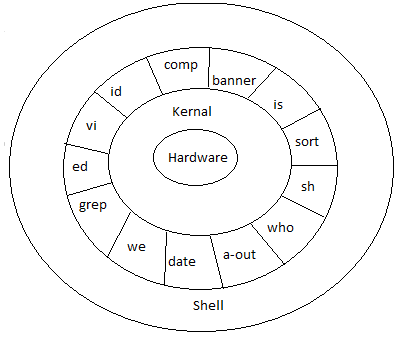 Features of shell are  :

-OWNER -Group -others     Working with UNIX