Welcome to GIT Tutorials. The objective of these tutorials is to gain in depth understanding of GIT. In addition to GIT tutorials, we will cover common Interview Questions, Issues and How To's of GIT.

Git is easy to learn and has a tiny footprint with lighting fast performance. It outclasses SCM tools like Subversion, CVS, Perforce, and ClearCase with features like cheap local branching, convenient staging areas, and multiple workflows.

Git allows and encourages you to have multiple local branches that can be entirely independent of each other. The creation, merging, and deletion of those lines of development takes seconds.

-Frictionless Context Switching. Create a branch to try out an idea, commit a few times, switch back to where you branched from, apply a patch, switch back to where you are experimenting, and merge it in. -Role-Based Code lines. Have a branch that always contains only what goes to production, another that you merge work into for testing, and several smaller ones for day to day work. -Feature Based Workflow. Create new branches for each new feature you're working on so you can seamlessly switch back and forth between them, then delete each branch when that feature gets merged into your main line. -Disposable Experimentation. Create a branch to experiment in, realize it's not going to work, and just delete it - abandoning the work—with nobody else ever seeing it (even if you've pushed other branches in the meantime). Note: when you push to a remote repository, you do not have to push all of your branches. You can choose to share just one of your branches, a few of them, or all of them. This tends to free people to try new ideas without worrying about having to plan how and when they are going to merge it in or share it with others.

Git has something called the "staging area" or "index". This is an intermediate area where commits can be formatted and reviewed before completing the commit. One thing that sets Git apart from other tools is that it's possible to quickly stage some of your files and commit them without committing all of the other modified files in your working directory or having to list them on the command line during the commit. 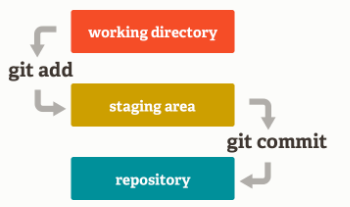 This allows you to stage only portions of a modified file. Git also makes it easy to ignore this feature if you don't want that kind of control — just add a '-a' to your commit command in order to add all changes to all files to the staging area. 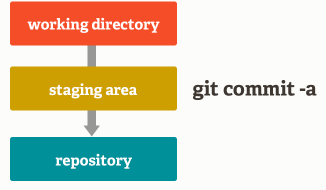 For an Indepth knowledge on Git, click on below