Rebasing is the process of moving a branch to a new base commit. The general process can be visualized as the following: 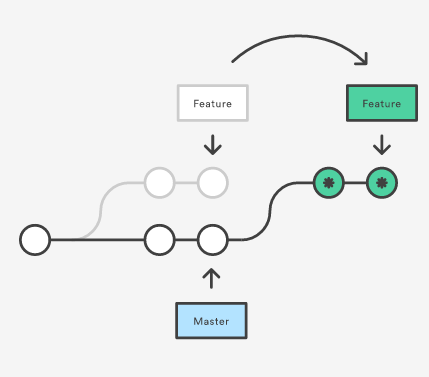 From a content perspective, rebasing really is just moving a branch from one commit to another. But internally, Git accomplishes this by creating new commits and applying them to the specified base—it’s literally rewriting your project history. It’s very important to understand that, even though the branch looks the same, it’s composed of entirely new commits.

Rebase the current branch onto <base>, which can be any kind of commit reference (an ID, a branch name, a tag, or a relative reference to HEAD).

The primary reason for rebasing is to maintain a linear project history. For example, consider a situation where the master branch has progressed since you started working on a feature: 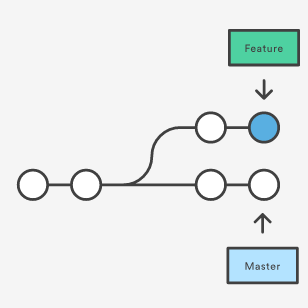 You have two options for integrating your feature into the master branch: merging directly or rebasing and then merging. The former option results in a 3-way merge and a merge commit, while the latter results in a fast-forward merge and a perfectly linear history. 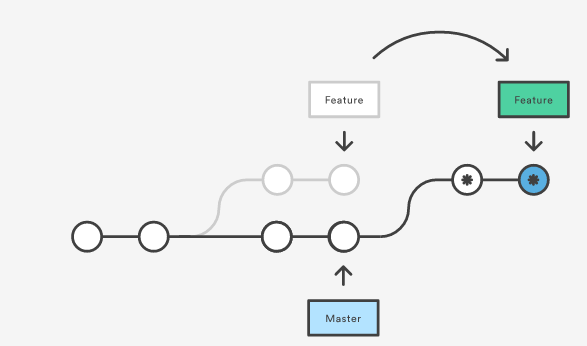 ebasing is a common way to integrate upstream changes into your local repository. Pulling in upstream changes with git merge results in a superfluous merge commit every time you want to see how the project has progressed. On the other hand, rebasing is like saying, “I want to base my changes on what everybody has already done.”

The example below combines git rebase with git merge to maintain a linear project history.

This is a quick and easy way to ensure that your merges will be fast-forwarded.

In the middle of our feature, we realize there’s a security hole in our project

After merging the hotfix into master, we have a forked project history. Instead of a plain git merge, we’ll integrate the feature branch with a rebase to maintain a linear history:

This moves new-feature to the tip of master, which lets us do a standard fast-forward merge from master:

Running git rebase with the -i flag begins an interactive rebasing session. Instead of blindly moving all of the commits to the new base, interactive rebasing gives you the opportunity to alter individual commits in the process. This lets you clean up history by removing, splitting, and altering an existing series of commits. It’s like git commit --amend on steroids.

Interactive rebasing gives you complete control over what your project history looks like. This affords a lot of freedom to developers, as it lets them commit a “messy” history while they’re focused on writing code, then go back and clean it up after the fact.

Most developers like to use an interactive rebase to polish a feature branch before merging it into the main code base. This gives them the opportunity to squash insignificant commits, delete obsolete ones, and make sure everything else is in order before committing to the “official” project history. To everybody else, it will look like the entire feature was developed in a single series of well-planned commits.

The example found below is an interactive adaptation of the one from the non-interactive git rebase page.

The last command will open an editor populated with the two commits from new-feature, along with some instructions:

You can change the pick commands before each commit to determine how it gets moved during the rebase. In our case, let’s just combine the two commits with a squash command:

This entire process can be visualized as follows: 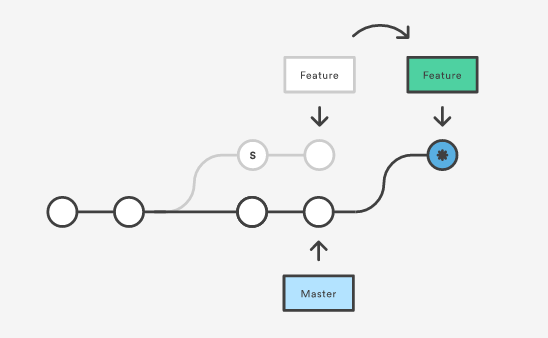 Note that the squashed commit has a different ID than either of the original commits, which tells us that it is indeed a brand new commit.

Finally, you can do a fast-forward merge to integrate the polished feature branch into the main code base:

The real power of interactive rebasing can be seen in the history of the resulting master branch—the extra 62eed47 commit is nowhere to be found. To everybody else, it looks like you’re a brilliant developer who implemented the new-feature with the perfect amount of commits the first time around. This is how interactive rebasing can keep a project’s history clean and meaningful.

For an Indepth knowledge on Git, click on below