In this tutorial, we will discuss about stacks in data structures. A stack is an ordered list in which items may be added or removed only at one end, called the “top” of the stack. The last item to be added to a stack is the first item to be removed .Accordingly, stacks are also called Last- in-first- out (LIFO) lists or First- in –out (FIFO) lists. 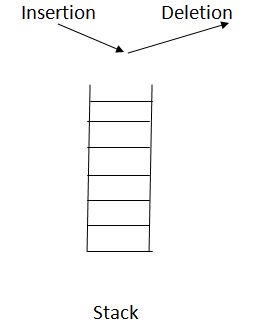 The two basic operation associated with stack are