To be truly reliable, a distributed system must have the following characteristics:

Containers are the interface between a component and the low-level platform-specific functionality that supports the component. Before a Web, enterprise bean, or application client component can be executed, it must be assembled into a J2EE application and deployed into its container.

The J2EE security model lets you configure a Web component or enterprise bean, so that system resources are accessed only by authorized users.

The J2EE transaction model lets you specify relationships among methods that make up a single transaction so that all methods in one transaction are treated as a single unit.

The fact that the J2EE architecture provides configurable services means that application components within the same J2EE application can behave differently based on where they are deployed. For example, an enterprise bean can have security settings that allow it a certain level of access to database data in one production environment and another level of database access in another production environment. 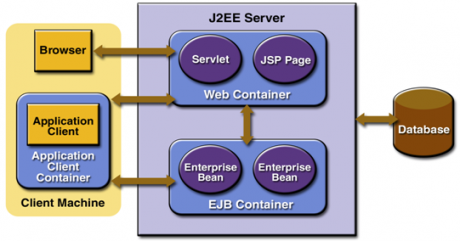 The runtime portion of a J2EE product. A J2EE server provides EJB and Web containers.

Manages the execution of JSP page and servlets components for J2EE applications. Web components and their container run on the J2EE server.

Manages the execution of applets. Consists of a Web browser and Java Plug-in running on the client together. 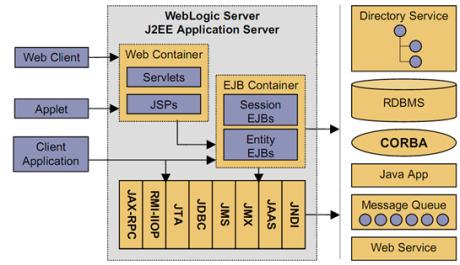 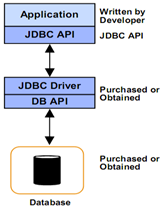 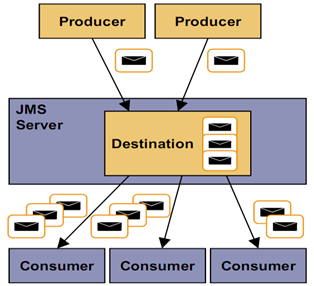 The specification describes MBeans, which are the building blocks of JMX