Welcome to the C Tutorial by C Experts. The objective of these tutorials is to provide a depth understanding of the C language. In these tutorials, we will cover topics such as operators, statements, loops, pointers, functions, arguments,  recursions and classes.

In addition to free C Tutorials, we will also cover common interview questions and issues of C language.

The programming language term is started in the year of 1950s with the language called ‘Aron’.

From FORTRAN language another programming language is implemented although.

An acronym for algorithmic language.

In the year 2000 ‘C’ programming language standardised by ISO that version is “c99”.

It is a concept of carrying instructions from one system to another system. 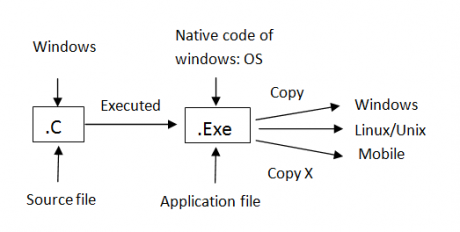 It is a concept of developing an application in sub-modules or sub-programmes. I.e. procedure-oriented approach.

This programming language syntactically similar to English and limited concepts is available.