Gain essential skills taught by industry experts with our custom tailored curriculum. Work on projects that add weightage to your resume and get job ready.

Introduction to the Build Forge system

Changing build tags with the retag command, Accessing system information with the date command26, Moving files with the put and get commands, Changing a selector with the bset command, Exporting a project with the export command, Using a source command in an environment variable

Why Corporates Choose Tekslate For Their Training Needs

Tekslate is the training partner for more than 120+ corporates across the globe having trained over 2000+ professionals. We are a one stop solution for skill upgrade for organizations and individuals to innovate and progress rapidly.

We have got everything covered for any IT skill upgrade for your organization. We are just a click away.

With real-world projects you’ll gain working experience that companies require while you get hired.

Our career services include mock interviews, certification assistance and guide you to prepare your professional resume that gets you hired.

Customize your curriculum as per your project needs, learn at your own pace or choose the schedule that fits best to you.

Our expert mentors help you when you are stuck in any time of the training sessions and help you stay on track.

WILL I GET CERTIFICATE?

Upon completion of the training you’ll be provided a course completion certificate which adds weightage to your resume and increases your chances of getting hired. 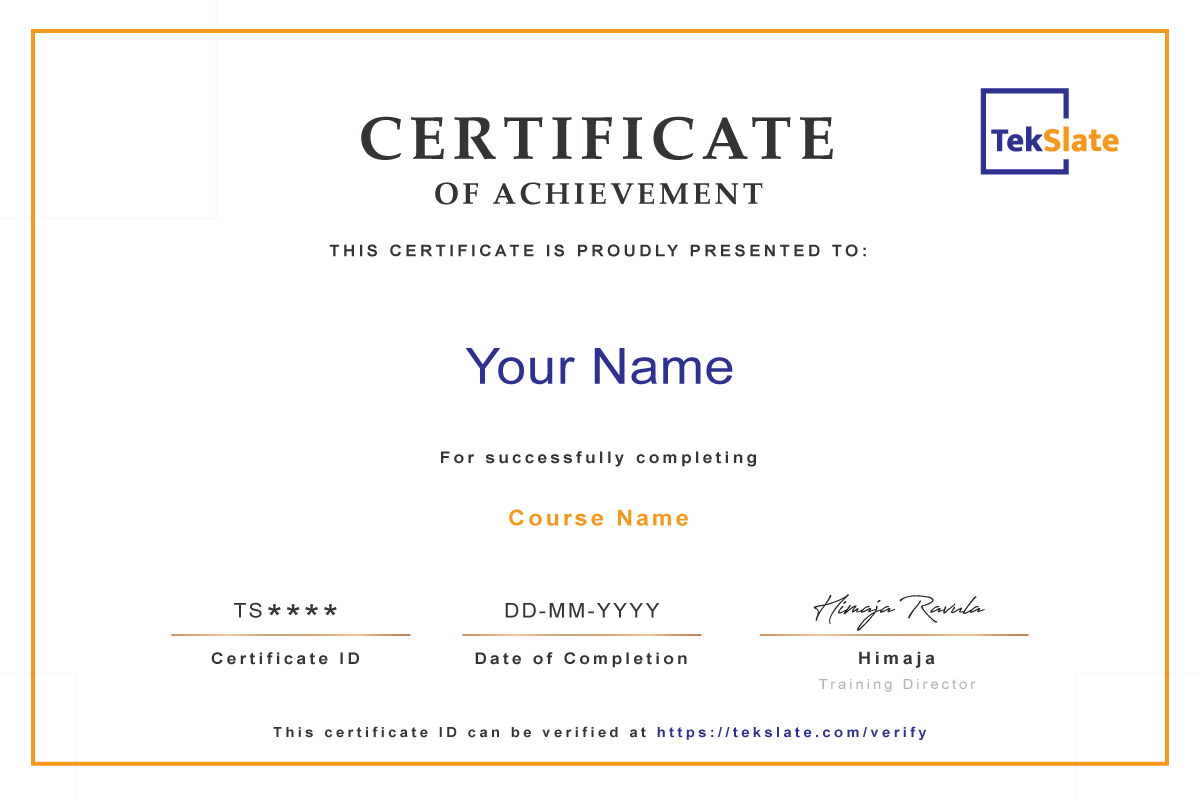